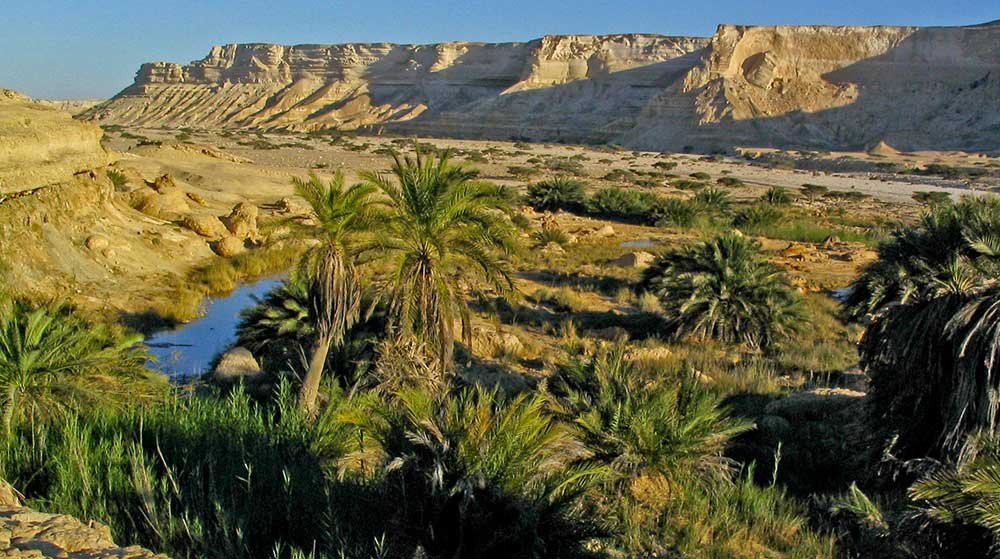 Lying to the east of the Arabian peninsula, Oman borders Yemen to the south, Saudi Arabia to the west and the United Arab Emirates to the north-west. With a 2,000km coastline linking the Gulf of Oman, Arabian Sea and Indian Ocean, the country has a long seafaring and trading history.

In ancient times Oman's most valuable commodity was frankincense, derived from the sap of the boswellia tree. Legend has it that the Queen of Sheba derived great wealth through trading frankincense with dignitaries in Rome and beyond from her coastal palace at Khor Rori. Today its fragrant scent pervades every shop, alley and mosque in Muscat and you can pick up bags of the stuff in Mutrah Souk for a few rials.

Oman derives its current income from oil, fishing and agriculture. Although it is far less wealthy than its Emirates neighbour, the standard of living is improving and new ports, air routes and roads are opening up previously inaccessible areas. In an effort to encourage tourism, visa regulations were relaxed in 2001 enabling EU nationals to obtain a two-week visa at Muscat's Seeb Airport or border crossings. Upto-date information on visas can be accessed at www.rop.gov.om the website of Royal Oman Police.

Arabic is the official language of Oman but English and Asian languages such as Baluchi, Urdu and Hindi are also spoken. Swahili is spoken by some, alegacy of Oman's former East African presence. English is widely used in business.

A very limited risk of malaria may exist in remote areas of Musandam Province in the far north. A yellow fever vaccination certificate is required from travellers coming from infected areas.

With the exception of the southerly region of Dhofar, Oman's climate is hot and dry all year round. Summer begins in mid-April and lasts until October. While Muscat's mean summer temperature hovers around 33° C, the interior frequently registers readings above 50°C in the shade. Winter temperatures are mild and pleasant, ranging between 15°C and 23°C. Dhofar's climate differs from the rest of the country because of the annual khareef or monsoon. While the rest of the Middle East bakes in the June heat, cool winds sweeping in off the Indian Ocean bring mists and rain to southern Oman. The moisture prompts lush, green vegetation to spring up until September when the rainfall recedes and the parched desert returns.

Influences on Oman's cuisine derive from its seafaring links with the Far East and East Africa. Meals are spicy, though not overly so, and generally served with rice. Dates, given as a mark of hospitality throughout the country, are served with khawa, or Omani coffee. Khawa is prepared from freshly roasted ground coffee mixed with cardamom powder. Wash your meal down with this unique cardamom-flavoured coffee or tea.

Oman has its own regional dishes but you are unlikely to find these outside of private homes. Indian dishes are very common, with lots of options for vegetarians. Arabic dishes, such as moutabel (aubergine dip) and hummus are also found. Fish and seafood tend to be very good – hamour (grouper) is very common on menus, and kingfish, tuna, large prawns and ‘lobster’ (actually crayfish) feature. Limes are used a lot.

Alcohol is available in international hotels but is expensive.

Health and safety in Oman

No specific vaccinations are required for travel to Oman. Tap water is safe to drink. Be prepared for the heat with sunscreen and a hat. Do not drive in the desert unless you are experienced in off road driving. The crime rate is low.

January: Muscat hosts an annual month-long cultural and sporting festival, including beach concerts and children's shows.
Secular holidays observed in Oman are National Day (November 18) and His Majesty the Sultan's Birthday (November 19). The National Day festival features all sorts of official celebrations, but the main significance of this day for visitors may be that everything closes down.
The Islamic holidays of Eid al-Fitr (the end of Ramadan), Eid al-Adha (the pilgrimage to Mecca), the Islamic New Year and the Prophet's Birthday are all observed in accordance with the Muslim calendar. The two Eids are marked by traditional celebrations and dancing in the streets.

Muscat's Mutrah Souk is hassle free and sells everything from ornate silverware to cooking pots. Pashmina scarves, hubbly-bubbly pipes, frankincense burners, and silver kohl-holders or traditional daggers (khanjar) all make good souvenirs. Silver should be priced according to weight. Haggle for everything to ensure you are offered the "best price". The souk is located at one end of Muscat's waterfront Corniche which is a great place for an atmospheric evening stroll. At the other end is the main fish market where you can snap up whole tuna for a few pounds.

Activities on offer range from soaking up history in the country's well-preserved forts, to spending the night Bedouin-style in the desert or "wadi-bashing" in 4x4s. There are plenty of empty white-sand beaches for sun lovers while desolate, challenging mountain routes tempt those with energy to burn. Ecotourism ventures are on the increase as word spreads of the country's unique geology, diverse bird life and crowd-free shifting desert sandscapes.

Visa requirements: British passport holders can obtain an entry visa upon arrival in Oman, which costs six Omani rials (about £10) for a month's stay.

Tipping: In restaurants, 10 to 15 percent where a service charge has not been added, otherwise 5 percent. Round up taxi fare by a couple of rials.

Drives on the: Right

Muscat International Airport is Oman's main airport. Salalah is also an international airport but most flights go via Muscat. There are domestic airports at Sur and Masirah Island on the east coast and at Khasab on the Musandam Peninsula in the north. Oman Air , Gulf Air, Qatar Airways and Lufthansa fly regularly from London to Muscat