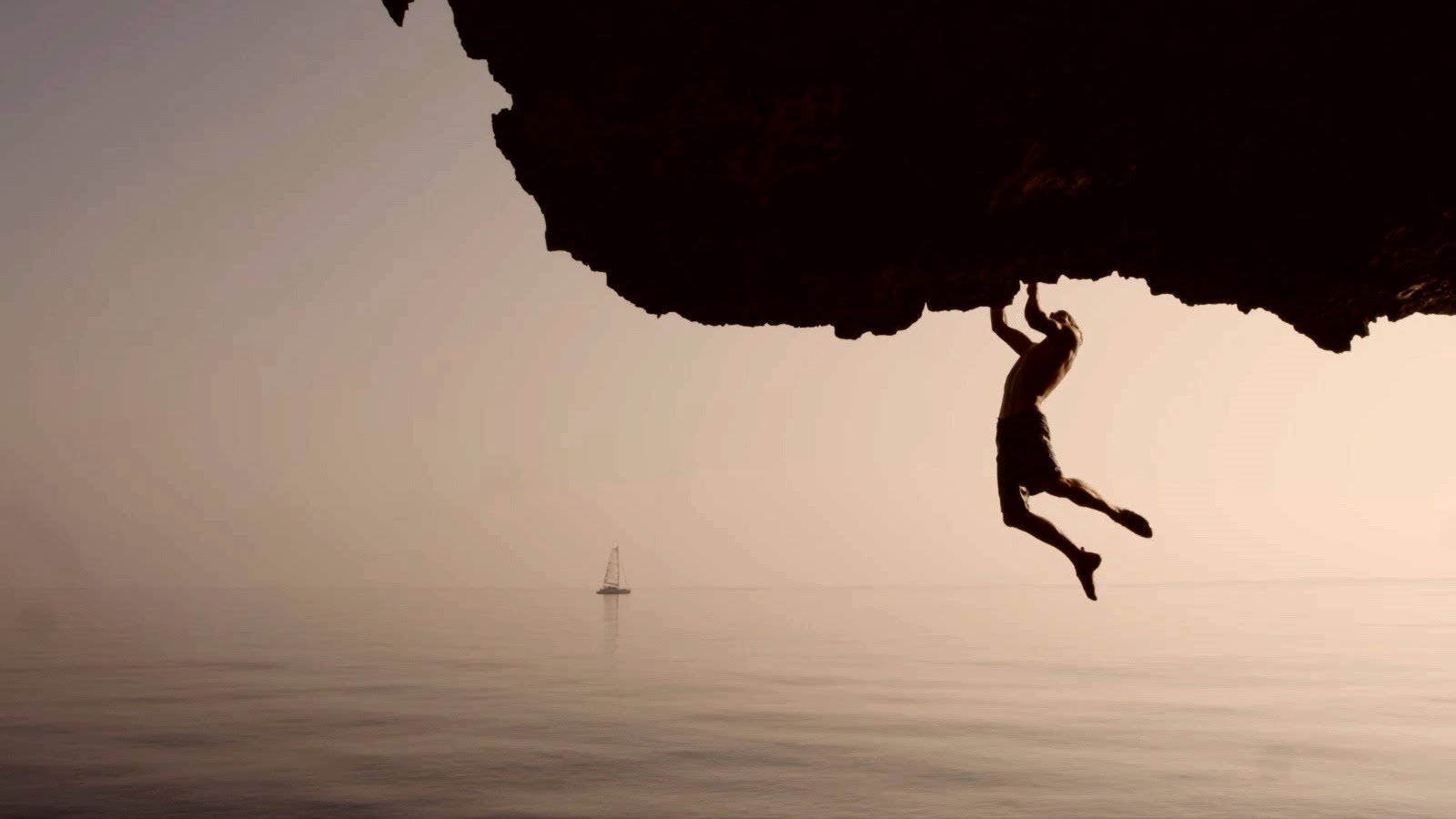 Rugged mountains, rising to 3,000 meters, amongst a maze of spurs and wadis, deep canyons and towering cliffs. Getting onto the mountain in a four-wheel drive is easy. For the rock climber, every mountain face presents an enigmatic challenge. For specific information there is a book available from Apex Publishing (Tel. 24799388) entitled "Rock Climbing in Oman" is available at most book stores and shopping centres.

OMAN IS A MOUNTAINOUS NATION, and since the mid 1980s pioneering rock climbers have been slowly exploring the rugged interior. Rock Climbing in Oman, by R.A. McDonald (check the book stores in Muscat), is an in-depth overview, but here are a few of the highlights I put together with long-time fellow expat in Oman, Paul Auerbach — a self-described climbing rat and freelance geologist.

This list was put together assuming you’ll be using the capital, Muscat, as your base for exploration.

The Wall is the sultanate’s only indoor rock gym, and should be your first stop when you hit the ground in Oman. This is the place to size up the climbing scene, snag topos for the local routes around Muscat, score some trad climbing gear, hire a local guide, or meet up with other self-described climbing rats.

Tuesdays and Sundays from 6-8pm are the best times to introduce yourself to the locals socializing and hanging out in the bouldering cave. The cost is just 1 OMR (about $2.60) per hour.

Just a five-minute drive up the vertiginous Al Amerat Road towards Wadi Adai you’ll find a slab of limestone known as 5 O’Clock Rock. It’s a five-minute walk from the road, but if you’ve got a 4×4 and don’t feel like muleing your gear up to the crag yourself, you can drive right up to the base of these four sport routes, which are equipped with 10mm expansion bolts.

On a side note, R.A. McDonald named each route for a 1960s African dance called the Kwassa Kwassa, because a little jiggle is required — just like in the dance — to make it up the roof on this climb.

There’s nothing like a little Deep Water Soloing (DWS) — the new vogue in high-level sport climbing — for uniting mountain, sea, and man as one. Qantab reminds me of downsized versions of the sea-cliffs off southern Thailand and eastern Spain, and always leaves me pumped, frustrated, and asking for more.

The overhang and traverse to the right of the beach is a very public place to get warmed up for the rest of the crags around the cove. If you show up on a Friday afternoon expect a vociferous audience of Indian families, local Omani kids, and sombre packs of hand-holding Pakistani men, all just waiting for you to fall into the warm waters of the Indian Ocean below.

After you’ve taken the plunge once or twice from the heights of this fun overhang, hire a fishing boat to tool you around to the other nine spots. But stay away from cliffs facing out into the open sea, as these crags are reserved for the very territorial red bees / hornets that practice their own version of “locals only.”

An hour from the traffic-jammed capital of Muscat you’ll realize just how sparsely populated Oman is. Aside from the occasional goat herder leading his flock back to the village, in Khubrah Canyon you’ll enjoy the solitude and fierce independence that comes from knowing that even though the helicopter rescue base is only around 150 kilometres away, it can still take them 10 hours to arrive. (Dial 9999 for emergencies.)

Nevertheless, Khubrah is the epitome of what makes climbing here so rad: boundless rock, beautiful weather (in the winter climbing season), and something for every skill level and taste. Note, however, that the climbs at the middle to lower reaches of canyons like Khubrah host the crux at the bottom of the climbs. Prepare to smear, crimp, and moan from the starting gate.

There are twenty equipped routes ranging in difficulty from 5b to 7a, unequipped crack climbs, bouldering near the entrance, and trad options for nut slotters — plenty of reasons to suffer the exquisite agony of a great climb.

There are a buttload of bolted sport climbs of varied difficulty at spots such as the Sulfureuse Crag, the Black Crag, the Wall with Roofs, and the Pit (a primo / bivouac picnicking spot).

Just an hour and a half from Muscat is the killer Wadi Daykah. This canyon / dried-up river bed (which is basically what a wadi is) hosts three main crag areas and dozens of 30-60m bolted routes for all levels of climbing. (There are some higher routes in Hotel California, Upper Canyon.)

There’s heaps of potential for mapping out new routes and leaving your mark here. Hit the Lower Canyon after 2pm, where you’ll find more pockets than you’ll know what to do with, and softer-than-usual Omani rock textures. You should also check out Agathe Exit (6c) and its neighbours.

After a good session, go for a dip in Oman’s one and only lake, which is nearby at the recently finished dam. Take the Al Amirat Road over the mountains and follow the signs.

Located deep in Wadi Bani Awf, this crag has the consistently steepest climbing in Oman’s sport climbing selection, with warm ups consisting of jugs and ledge-hopping to get your balance in check. Once you’ve tenderized your forearms, three stellar 6c’s rise 30m to the left before the canyon forks. (Take the left fork after a slippery scramble to try your nerves on the quite exposed Giraffe (6b+).) Don’t miss out on hang-doggin’ the 5-6 move crux of Encence Interdit (6b+), or Asolo Malequoum’s (7b), 20-degree off-vertical tufa cement pinches.